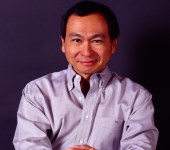 I don’t feel it is my job to give advice to anyone here, particularly the presidents who spoke before me, concerning the specifics of political and economic arrangements in this region. Rather, I want to put the discussion in the larger context of broader developments in world politics, and my starting point for this purpose will be Samuel Huntington’s thesis concerning the “clash of civilizations.”

Professor Huntington argued in his 1996 book of that title that, after the Cold War, world politics would be dominated not by conflicts between rival ideologies, but by conflicts between civilizations and cultures. He wrote that the power of culture would trump the integrating forces of globalization, and that people’s loyalties would ultimately be defined communally based on ties of religion, ethnicity and shared history. Huntington characterized the values of the Western Enlightenment, democracy and individual rights prominent among them, as projections of the values of Western Christianity, reasoning that other cultures with other values would create different types of institutions. In Huntington’s schema, incidentally, Russia was relegated to a civilizational space separate from that of western Europe on account of its Orthodox Christian religious traditions.

Excerpt reproduced from The American Interest Online. Read the full article at [http://the-american-interest.com/article.cfm?piece=320]

Previous post The Eradication of American proto-feminism: The re- conceptualizing of gender in the Indian Captivity Narrative
Next post The Clash of Cultures and American Hegemony