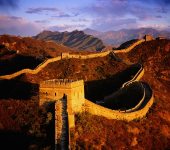 When I was assigned to work at the Soviet Embassy in Beijing in 1982, many of my fellow diplomats asked, “What did you do wrong to get such a terrible, backwoods assignment?”

China had a bad reputation at the time. Few Soviets remembered China’s rich history, nor did they understand why the Chinese considered their country to be the center of civilization. But the Soviet people knew well that in 1949, the Communist Party took control of impoverished, semicolonial China and generously helped its Chairman Mao Zedong to build socialism.

The Chinese turned out to be “revisionists.” Mao undertook the Great Leap Forward, forcing peasants to smelt pig iron in their own gardens. When the campaign led to mass famine, Mao unleashed the Cultural Revolution and set the ruthless Red Guard loose to silence the country’s critics. At the same time, the Chinese-Soviet split was in full force during Soviet leader Nikita Krushchev’s rule. As a result, the Red Guard threatened to “skin and crush the heads” of the Soviets and other “anti-Chinese clowns.” Beijing officially called on its citizens to “prepare for war and dig trenches.”