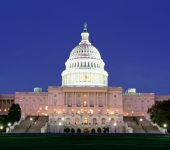 The United States has scaled back plans to deploy a missile defense shield in Eastern Europe. While that decision reflects a new assessment of the Iranian threat to Europe, most attention is being paid to its impact on relations with Russia. But the decision has equally important implications for Asia, as it underscores two crucial facts:

First, the notion of discrete “theaters” is a fiction. Second, the U.S. has to closely engage its Asian allies as it develops its strategic doctrine.

In a response to an Iranian missile threat, the Bush administration had planned to deploy ground-based interceptors in Poland and a radar system in the Czech Republic. The program became a major irritant in U.S-Russia relations: Moscow complained that the missile defense shield could be used to neutralize its own deterrent and that it undermined Russian influence in its “near abroad.”

According to U.S. President Barack Obama and Defense Secretary Robert Gates, the new deployments better respond to Iran’s capabilities. The original plan was best against long-range missiles, while the Pentagon believes the real threat comes from short- and medium-range missiles. Announcing the new plans, Obama said, “Our new missile defense architecture in Europe will provide stronger, smarter and swifter defenses of American forces and America’s allies.”