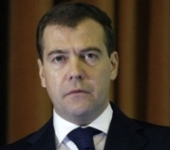 These commercial deals are a direct reflection of Russia’s foreign policy. Our friends are the countries that are willing to sign a deal directly with Russia’s leaders. Our enemies are the countries whose leaders refuse to sign such deals. But the most surprising thing is that none of these deals has been carried out, and this is mostly Russia’s fault.