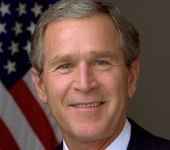 Reading today Mark Tractenberg’s typically thorough piece on Preventative War and US Foreign Policy, (Security Studies 16. 1) I was struck by just how much scholarship there now is that revises the initial assessments of the Bush Doctrine – that it was a radical (and unwelcome) departure from the American Foreign Policy tradition.

Off the top of my head, as well as Tractenberg’s demonstration of the prevalence of preventative war discussion within US elites during the Cold War (he could have gone back to the very founding of the American republic and found the same trends), there is also Adam Quinn’s excellent “The Deal”(International Studies Perspectives 9.1) and of course, Rob Singh and Tim Lynch’s After Bush.

There is a real case to be made that the Bush administration’s foreign policy has much in keeping with the general traditions of US diplomacy.  Indeed, I have argued myself that American foreign policy is continually balancing itslef between two schools of thought – those who believe that American liberty at home (and so American identity) can be best protected by avoiding the foreign entanglements that may pervert it; and those who believe that for America not to internationalise its liberal principles is to betray them, and therefore to undermine the very notion of America itself.

However, the existence of such enduring ideological debate should not lead us down the road of a historical revisionism that would justify the Bush Administration by reference to similarities with previous presidents.  The Bush Doctrine as set out in the 2002 National Security Strategy actually amounted to little in terms of actual policy.  It can hardly be said that the Afghan War was preventative, it was punitive, designed to remove the Taliban and leave a stable government.  The 2003 Iraq invasion was not a preventative war either, no matter how much leeway we are prepared to allow for the beliefs that all Western governments held that Saddam was continuing to develop WMD.  It was a war to remake the Middle East into a region more ameliorable to America’s interests (not incidentally, an oil grab, but more to reduce US dependence on problematic relationships with Saudi Arabia and Israel for oil and democracy respectively).

The Bush administration’s actual foreign policy, at least until 2005, was one that simultaneously combined withdrawal from the world, and a determined undermining of the institutions of the American system, with imperial world-making.  The nearest one can come to a similar kind of policy is the progressive imperialism around the time of the Spanish-American War, but there are no correlates of this type of isolationist-imperialism since the United States became a great power.

President Obama is attempting to return the United States to an internationalist position that is coherent with American diplomatic traditions.  The fact that he has to move so far, and convince so many people that the United States is indeed prepared to return to the table, shows that the initial assessment of Bush Administration was correct – an outlier in the American diplomatic tradition.  The revisionists have it wrong.

UPDATE:  A couple of days after I wrote this piece Christopher Fettweis published ‘Dangerous Revisionism: On the Founders, ‘Neocons’ and the Importance of History’ in Orbis which makes – in a more substantive, peer-reviewed kind of way – the same point, rightly emphasising the dangers to future American strategy from a revisionist history of George W. Bush