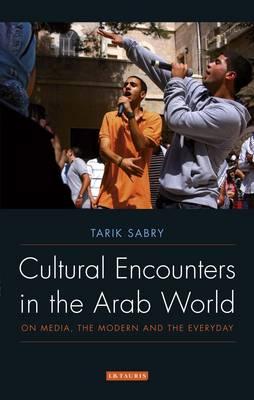 Tarik Sabry’s Cultural Encounters in the Arab World: On Media, the Modern and the Everyday is, first and foremost, a fervent case made for the establishment of Arab cultural studies as a discipline.

In the wake of the Arab spring, his prescient book will be leafed by many who have hitherto seen the Arab world through exposés on radicalism and terrorism. The case Sabry makes for the quotidian, for everyday encounters, is a welcome one, though one with many methodological shortcomings. While the book seems to be an exercise in de-essentialization, Sabry often falls back on rigid categories that he aims to deconstruct. His effort isn’t helped by the fact that the starting premise is an unnecessary fragmentation of the process of ‘encounter’ into several parts including ‘the encountered’ and the ‘the side that does the encountering’, while his argument would have been better served by seeing ‘both sides’ as agents equally transformed by the process.

In the first chapter Sabry makes it clear that the encounter he is interested in is that between Arab cultures and modernity, and takes a long tour of the genealogy of modernity, which he only very loosely connects to his arguments. The real gist of the book comes in the second chapter when Sabry tackles the issues that govern the cultural and political discourses in the Arab world. Making several references to the pan-Arabist Al-Jabri’s work he exposes the tension between the discourses that favourturath (heritage) and that favour hadatha (modernity). He identifies four different positions vis-à-vis these discourses: the historicist, the rationalist, the salafist and the anti-essentialist. What he unravels in the first three positions is the way authenticity is used as a tool of legitimation, particularly by the salafists: “authentication as Islamisation often takes place within a discourse that largely serves the telos of the authenticator rather than Islam” (p. 36) As a proponent of cultural studies, and the study of the everyday, for him the way forward is the anti-essentialist position which allows for different interpretations for everyday events. The most interesting advocate of this position is, Sabry tells us, Khatibi, who among others aims to transcend the tension between heritage and modernity (tajawuz) and calls for a reconnection between Arab philosophy and the event. The exposition of these positions is Sabry at his best, as he names and describes the categories- a method he seems to abandon elsewhere in the book. He introduces many interesting concepts in passing and leaves them unexplored, such as ‘de-de-Westernization’. Though quite a mouthful, it promises to be a useful concept if only Sabry took time to elaborate on it. It is time, Sabry seems to be saying, to look at cultural phenomena on their own terms, rather than take an ideological position to condemn their possible ‘Western’ character. This coincides with Khatibi’s call that the hermeneutics we use to understand Arab culture needs to have a category that precedes both the cultural and the social, the latter pretty much a dirty word also in salafist circles.

Sabry continues to take issue with authenticity in the chapter in which he develops his analytical tools, saying that using authenticity as the yardstick fails to recognize popular culture and the everyday as sites of production of political meaning- a warning that obviously was not heeded by those whom the Arab spring took by surprise. Political protest as the everyday, as the culture of the street, calls to mind the carnivalesque, which Sabry mentions, again in passing but rather annoyingly does not develop. His championing of popular culture is articulated through his call for a new language of critique that can recognize narratives and cultural products other than the privileged, normative nassaq and this, he says, requires a shift from literary criticism to cultural criticism.

To Read the rest of the article Please Click Here for Free Download
*Published in Journal of Global Analysis (JGA) Vol. 3 | No. 2
© Copyright 2012 by CESRAN
Previous post Book Review: The Arab-Israeli Conflict in the Media: Producing Shared Memory and National Identity in the Global Television Era 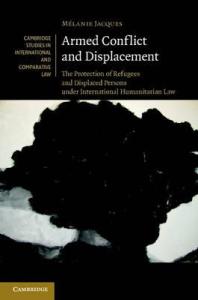 Next post Book Review: Armed Conflict and Displacement: The Protection of Refugees and Displaced Persons under