In The Arab-Israeli Conflict in the Media: Producing Shared Memory and National Identity in the Global Television Era, Tamar Ashuri discusses the tensions between several forces such as nationalism and globalization; economic interests and cultural constraints; shared and cosmopolitan memory.

To do so, she firstly justifies her choice of television as being the central instrument of creating common memories and identity. Then, she identifies two recent challenges to this dominance caused by cable and satellite distribution and digital technology; and the transition from a national to a transnational system of production. These two forces together challenge the authority of the nation-state over the broadcasting sector and leading away to a transnational one which is more concerned with the market value.

Among the two approaches of “hegemony” and “heterogeneity”, that tries to explain the relations between nationalism and globalization; the former suggests a more prominent role for globalization while the latter claims the ongoing supremacy of national feelings in the media productions. Ashuri, on the other hand, claims these two approaches are not necessarily excluding each other, actually they are interwoven. Her main concern is to prove this claim by analyzing television programming particularly. To realize this aim she chooses a documentary, which had been produced by an international co-production. Since the international co-productions are consisted of broadcasters from different countries, this is an excellent choice by the author to test the tensions between globalization and nationalism. The international co-productions are crucial for sharing the financial burden thus contributing to the globalization dimension to the media productions, but since they retain their rights to make changes in the end-product it is very enlightening to observe how they used these rights.

The Fifty Years War: Israel and the Arabs, is a perfect choice for analyzing this issue since it is an international co-production financed by the BBC, the programme’s initiator; WGBH Boston (PBS); and MBC Abu-Dhabi/London. The documentary aims to cover the conflict between Israel and the Arabs in a six part documentary series. These three broadcasting organizations are not only the financiers but they also had the right to edit the final product according to their own choices. So, by looking at the final products of these broadcasters the author aims to find the answers of the questions of: what kind of influences these joint ventures have on the productions? How can the recent developments in broadcasting industry affect the content of programmes, namely do the economic constraints lead to the demise of the national interests?

In order to answer these questions, she takes a holistic approach and refrains from the methodological flaws of media economists and cultural theorists by examining the entire production process; the pre-production, production and post-productions decisions, adjustments, conflicts and processes. She investigates the interactions between three broadcasting organizations and she also analyses the “master-text” and three distinct texts produced by these organizations.

To Read the rest of the article Please Click Here for Free Download
*Published in Journal of Global Analysis (JGA) Vol. 3 | No. 2
© Copyright 2012 by CESRAN
Previous post Book Review: The Politics of Global Regulation 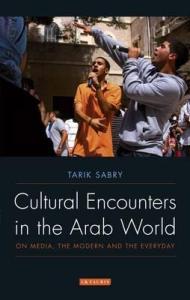 Next post Book Review: Cultural Encounters in the Arab World: On Media, the Modern and the Everyday