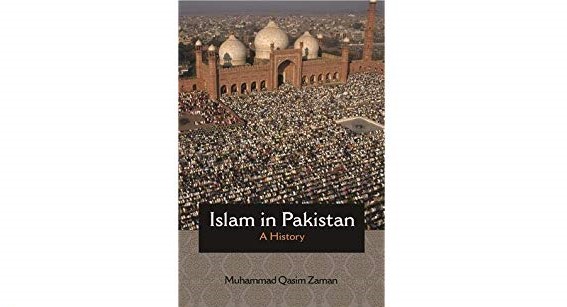 Recent terrorist attacks in the name of Islam amid President Trump’s approach toward Pakistan highlight the question of the relation between Pakistan and Islamic extremism. Some observers attempt to place all burdens on the shoulder of Pakistani state’s policy. Others tend to highlight the religious aspect, condemning Islam. In a very illuminating explanation, Muhammad Qasim Zaman, an expert in Islam in the history of Indian sub-continent, offers a timely, insightful, accessible and comprehensive account, suggesting different vibrations of Islam in both historical background and the current situation in Pakistan.

Consists of seven chapters, Islam in Pakistan: A History covers a verity of significant materials like Islamic identities in Colonial India, Modernism, Ulama (traditional scholars of Islam graduated from Madrasas) and state, Islamism, religious minorities, Sufism, and religious violence in Pakistan. As seen in the process of shaping a new nation and country, Modernism is the core motive in forming the evolution of Pakistan. The fundamental argument of the author is demonstrating how modernism relevant to Islam formed the official policy of the Pakistani state contrary to the common idea that sees Modernism as a particular phase in the intellectual and political history of the modern Muslim world, limited to the epoch of European colonialism. Though Modernism has been in gradual decline in Pakistan, Dr. Zaman believes that secular nationalism and Marxism had no much purchase there.

Beginning with the question of identity among Muslims in India, the author articulates main orientations in Islamic circles in four following groups: Deobandis, Berelawi, Ahl-i Hadith, and the Modernists. While the first two are more part of the traditional school of Sunni jurisprudence, namely Hanafi, they are far from each other in terms of concentrating on Sufi rituals. Ahl-i Hadith and the Modernists are pro new Ijtihad (deducing new sharia law) and against Taqlid (submitting to overarching jurisprudential authority) but are far from each other in compromising with modern institutions, implications, and worldviews. The book then takes the tracks of the evolution of these orientations relevant to Islamists, from the old Khalifat movement to the new Pakistani Taliban; to the recent emerging concerns with regards to the new state, Pakistan, and this state’s religious identity, its regulations and policies. However, great attention is paid to the minorities like Ahmadis and Twelver Shias. This historical examination exposes the reader to fundamental concepts and original works of persuasive intellectuals and scholars from opposing circles.  The work includes, Abdul Hakim Khalifa, Muhammad Ali, Moulana Muhammad Ali, Muhammad Hassan Askari, Abul-Kalam Azad, Jawad Ahmad Ghamidi, Muhammad Ali Jinnah, Husayn Ahmad Madani, Sayyid Abul-A’la Mawdudi, Muhammad Hanif Nadwi, Shabli Nu’mani, Fazur Rahman, Mawlana Fazlur Rahman, Mufti Muhammad Shafi’, Ashraf Ali Tanawi, Muhammad Taqi Usmani, and Hafiz Muhammad Sa’id, as well as their affiliated organizations.  These references not only present an intellectual survey of Islam, modernization, and the politics in Pakistan, but also depict how religious thought shaped Pakistan in the contexts of regional and international policies and developments. It points out that their current religious perspectives cannot be traced back to pre-modern time because they are products of recent cultural concerns.

Dr. Zaman’s book offers an appealing and detailed account of identical debates among Muslim scholars, both Ulama and non-madrasa graduates, on the possible harmony being a member of a secular nation and a member of Islamic Ummah—a separate community vs. separate nation. This echoes the vital question which pitted the Indian National Congress against Muslim League in India; it transformed to the subject “running a state within the state” concerning Islamic minorities like Ahmadis and Shias in newborn Pakistan. Another example is the Aligarh College’s concerns on Islamic teachings within its educational system, in India; it transformed to the establishment of the Committee of Fundamental Conflict in modern Pakistan.

Concerning political and violent Islam in Pakistan, the author strongly argues that it cannot be understood without an appreciation of how Pakistan emerged and grew up in terms of Jihad; the Kashmir war of1947-48, the wars with India 1965 and 1971, the Afghan war in the 1980s, and the insurgency in Indian Kashmir in the 1990s. All of these events contributed to the core of Pakistan’s identity. Further, Dr. Zaman’s work astutely highlights how these multiple Islamic orientations overlap and how the spread of current Islamization is often the outcome of a modern state attempting to present a modernized Islam.  Nonetheless, modernists were successful in both introducing and enacting reform on women issues; for example, the Muslim Family Laws Ordinance of 1961 and the Protection of Women Act of 2006.

Using a vast amount of original materials, including archival sources, published works and unpublished theses and dissertations, in English, Arabic and Urdu, the book is a unique and seminal volume for those who are interested in diverse interpretations of Islam in Indian sub-continent, particularly Pakistan, modernization in Islamic countries, and political and violent Islam.

Yet, while the author skillfully presents the often overlapping orientations of Islam and their mutual effect as well as those between the state and its rivals, the author barely touches connections between these orientations and the rest of Islamic countries in great detail.  When a country defines itself with, and only with, Islam, the author cannot ignore a careful consideration of the other parts of the same productive community called Ummah. Both the status and then the connection of Indian Muslims in unmentioned.  When the book discusses Pakistan’s involvement and policy toward Afghanistan’s war, it does not address the issue of the Muslim Brotherhood and the influential figures like Abdullah Yusuf Azzam and other Afghan Arabs involved with the Jihad in Afghanistan both physically and intellectually in Pakistan. Finally, the same treatment is given to al-Afghani’s lecture on 8 November 1872 in Calcutta’s Albert Hall which introduced a very unique perspective about the philosophical grounds of modern science and education: something that Muslims lacked. As well as Sayyid Ahmad Khan’s response to al-Afghani’s criticism of Khan’s commentary on the Quran.

In the final analysis, this book is an absolute must-read for graduate classes on Political Islam, Islamization, Modernization, and Pakistan Politics and history.

Center for the Study of Islam and the Middle East, Washington DC. 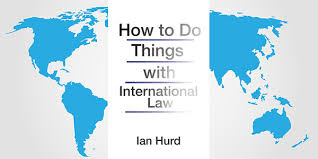 Previous post Book Review: How to Do Things with International Law

Next post The IEPAS2019 (6th Annual Conference on Eurasian Politics and Society) has been completed successfully.