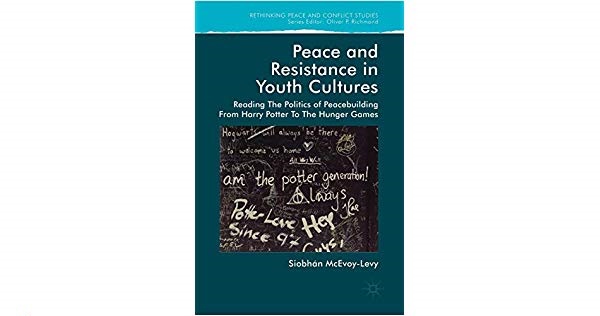 Peace and Resistance in Youth Cultures

What is the role that pop culture plays in creating positive peace? In Peace and Resistance in Youth Cultures, Siobhán McEvoy-Levy defends the idea that popular culture has much to teach us about positive peace and peacebuilding. To explore this idea, she focuses her study on two hugely popular series: the Harry Potter novels and The Hunger Games.

McEvoy-Levy’s core argument is that pop culture, and in particular young adult (YA) fiction, operates at several different levels in our societies. Focusing particularly on the work of Gloria Anzaldua and her idea of ambiguity, McEvoy-Levy tries to show the benefits and dangers of pop culture. Ambiguity is presented as necessary for a positive peace because it enables actors to understand themselves and the other and challenge the status quo. Unless people have an appreciation of ambiguity and its importance, it is, McEvoy-Levy argues, difficult for them to navigate and accept conflict.

The author expands her study of this concept to include the world of fan fiction. Fan fiction is presented as an example of the kind of space where humans are able to explore the desires they have to challenge ideas, bring about change, and accept themselves within the consumerist and liberal capitalist societies in which they live. However, the book does not forget that YA and the cultural spaces and ideas created and shared around it can also have negative aspects and effects. The book raises interesting questions about the sharing of imagery and symbols from YA in popular movements. It considers whether these books and the products that appear based on them can become sites for a new kind of colonialism, one where only works created within hegemonic discourses can be used and reproduced if a message is expected to be recognized globally.

The book is divided into three sections. In the first one, McEvoy-Levy describes how the Harry Potter and Hunger Games narratives represent war, conflict, and peace and how events from the real world cross into their pages. She illustrates how, from a young age, we learn to recognize some kinds of violence as legitimate or just. The book dedicates various chapters to showing how YA literature sends messages that help to educate readers about ideas relating to peace or militainment, in particular around the idea of a just war. McEvoy-Levy also investigates how these books, even if they challenge some ideas, also conform in many ways to the institutionalized order.

McEvoy-Levy goes on to use discourse analysis and theories from post-structural, gender and youth studies to analyse how governments, the media, and NGOs have taken to using elements from these works for their own purposes. In fact, the book centres on a case study which considers how the American government and media shared, analysed, and interpreted the fact that prisoners at Guantanamo Bay were reading the Harry Potter series. The book provides an intriguing discussion of the realities that were created around this and how the prisoners were presented in different lights depending on who told their story.

In the third section, the book shifts its focus to consider how the YA novels in question are reinterpreted in online fan fiction environments, and how readers change their beloved works to create new stories that help them to understand and cope with various complex aspects of their own realities, such as those that concern sexual or gender identity or bullying. In analysing the work produced by fans, McEvoy-Levy studies the way personal safe spaces and new kinds of peacebuilding can be created in this digital era.

Peace and Resistance in Youth Cultures offers to bridge the gaps between different fields of academic knowledge to interrelate studies of pop culture, peace, and youth culture. Advancing on ideas developed in these separate fields, and connecting theories around peace, international relations, and art, McEvoy-Levy tries to explain the ways in which pop culture impacts our lives, how it can become a tool to criticize and challenge the status quo, and how it can inspire social justice movements as a way to disrupt dominant discourses. In the process, the author enables a new understanding of the ways peace can be created, in particular through art. The book makes possible a better understanding of the connections between our everyday lives, our societies and the world of the internet, where the local and the global mingle. McEvoy-Levy presents her theories in an effective way, and the book’s ideas are clearly explained, even if there is some overlap between topics and in particular between the study of both series.

The analysis the book provides is quite exhaustive. The case studies section in particular is clear and fully developed. The section dedicated to fan fiction, is more complex to assess, however. While the analysis of the works selected is extensive and far-reaching, the field is hard to map when so much fan work is created and shared daily. Even though the use of keywords to select material is explained, the selection criteria for such a shifting body of material may seem limited. The narrow focus on two series might also be considered a limitation. The author cites other YA works, but does not dwell on them or analyse their impact in detail. Of course, the book leaves open the possibility that other works can be considered in future research. Any such studies might usefully consider how other YA and fan fiction oeuvres impact our everyday peace. It would also be valuable for future research to consider YA works and fan fictions produced in different languages and cultures.

Some of the ideas the book introduces might have been explored more fully. It would have been useful for McEvoy-Levy to assess the way in which the works she studies play into romantic ideas of self-sacrifice and death. Messages of self-sacrifice for the greater good are pervasive in pop culture and it is worth asking if there is a relationship between those ideas and nationalism or militarism. Further, the works in question tend to romanticize the local and low tech. Ideas around the importance of family and blood and about living in small communities are ubiquitous. Are those ideas counterproductive when it comes to creating open communities and positive peace?

Peace and Resistance in Youth Cultures does a great job of bridging gaps between understandings of pop culture, IR, and peace, and in doing so it brings many interesting ideas to the fore. McEvoy-Levy makes it clear that we cannot forget pop culture if we want to understand peace and the relationship between youth and peace in particular. The book will be of deep interest to researchers of pop culture, youth studies, and peace studies. In particular it will be helpful to undergraduate students who want to learn more about the role art plays in our societies and to researchers of peace studies who want to expand the scope of their research. The book accomplishes its mission which is to show that the study of the relationship between pop culture and peace is necessary. It demonstrates the relevance of canonical and fan fiction as a source of research data, and it certainly raises questions which can be fruitfully explored in future research. 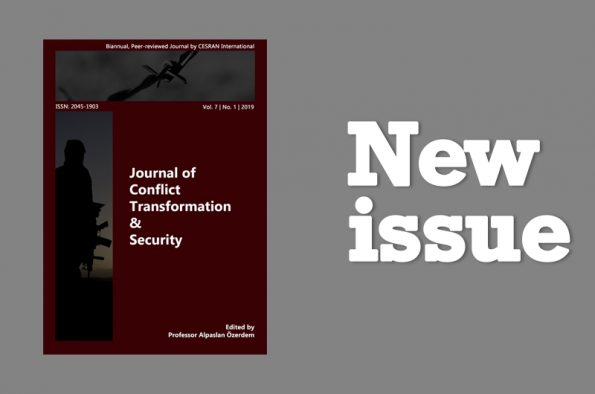 Next post Book Review: The Conceptual Foundations of Transitional Justice